Crawford Gallagher Solicitors was founded in 2018 by Maureen Gallagher, the sole principal and owner of the practice. An early school leaver, Maureen always had an interest in helping people solve their problems.  So she returned to education later in life, to take the steps needed to pursue a legal career.

Maureen subsequently gained her Leaving Cert with the Vocational School Letterkenny and later obtained  her law degree from LYIT Letterkenny and qualified as a solicitor in 2015.  “I always had a love for the law and trying to put things right for people. Now, when people come to me, I can deal with their problems by helping them solve the legal issues involved.”

“Every day is a challenge and I enjoy all the different people I meet and types of cases I deal with on a daily basis. The law is challenging, and I am always learning.”

“I was born and raised in Letterkenny Co Donegal and educated there in the local schools. I come from a family of 10 children, five boys and five girls. My parents are from the Convoy area of the County. My father is from Kiltol in Convoy and my mother hails from Glenmaquinn between Letterkenny and Convoy. I am married with four children aged from 25 years old to 9 years old.”

“I left school at the age of fifteen, like everyone in those days the only work available was to work in the local factories. There was no incentive to go to college, as there was no work here for those who were educated. That is, unless you decided to leave home and work in Dublin. I worked locally in the Central Bar in Letterkenny as a bar tender and waitress with the Blaney family for many years.”

Becoming a Solicitor in Letterkenny

“I always had an interest in law and decided to return to education. The opportunity came about when a friend informed me that she was attending the VEC to sit her leaving certificate. I thought this was a great opportunity and made enquiries.”

From there, Maureen sat her Leaving Cert, and spent four years studying law and taxation at LYIT. She then attended Griffith College in Dublin to prepare for the entrance exam to the Law Society of Ireland. “I have to say that those exams were the hardest exams I had ever sat! Anyone who decides to sit these exams should put as much time and effort into them as they are extremely difficult to pass.”

As part of the process of qualifying to be a solicitor, Maureen then took an apprenticeship with Browne & Co Solicitors in Letterkenny. “I worked my apprenticeship for two and a half years and travelled to Dublin to the Law Society to attend law school at the same time.”

To contact Maureen, just call her on 0749164906 or email info@crawfordgallaghersolicitors.ie 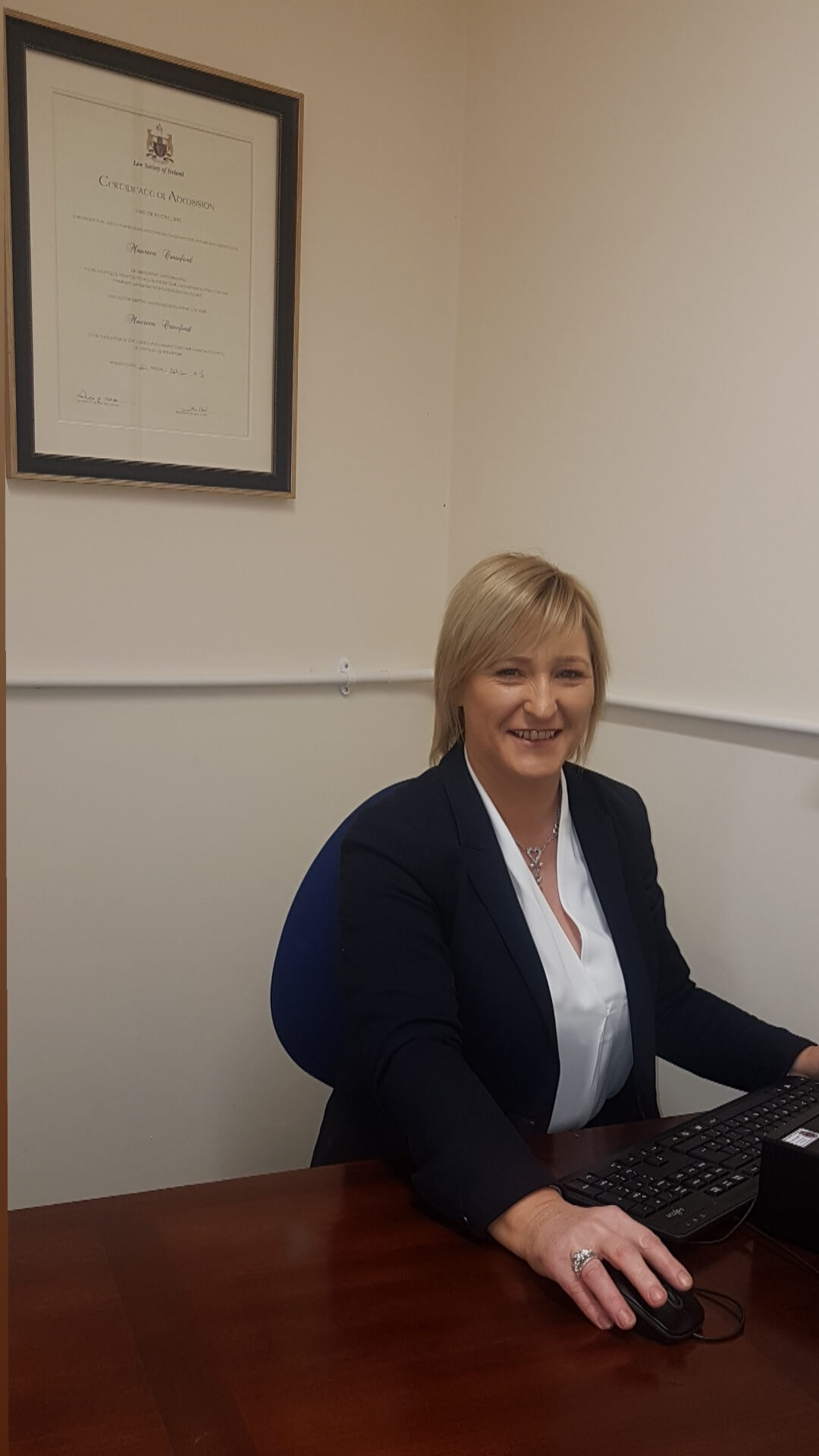